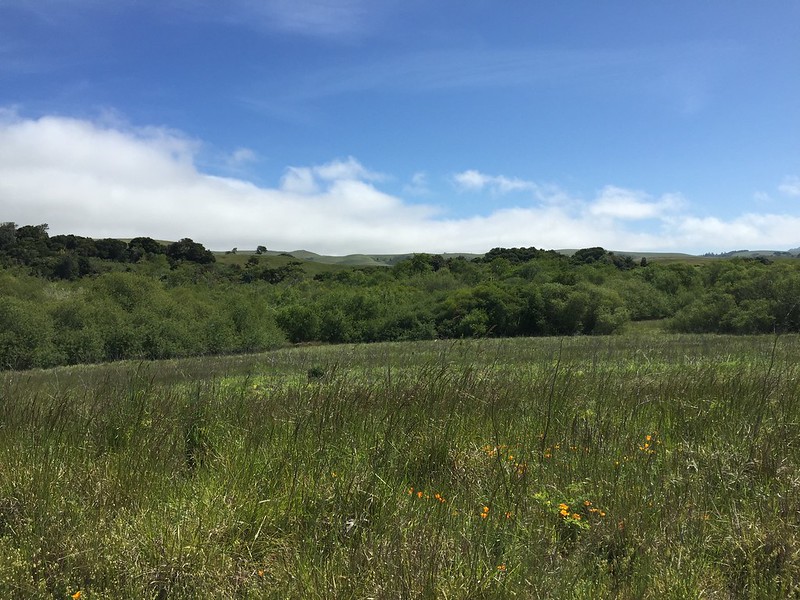 So, my 10 week fitness program is in its final week. It’s been great. I’ve been inching toward a fitter life for a few years, now — I’ve been hiking for quite a while, and I started lifting weights with old people (in a minor kind of way) a few years ago — but this program convinced me that it was possible to do all kinds of stuff that I really thought was too hard for me. For the final test, I ran a mile (I have not run a mile in probably 25 years). But that is not all! I can do a pushup or two, now (lots, if I do the knee kind). Anyway, it’s kind of fantastic.

Part of the cult protocol is that you have to celebrate your accomplishments. In a fit of madness, I’d signed up a while ago to go on a bird-song hike. On a Tuesday. In Point Reyes. It was nuts — to drive off at the crack of dawn on a work day to go listen to birds, but I’m so glad I did. It felt like a celebration for all the hard work I’ve put in over the course of ten weeks. I’m so much fitter, now, and what better way to celebrate that than by clambering around ouside, on trails and off trails, looking at and listening to stuff? It was great.

And that, above, is the San Andreas fault — 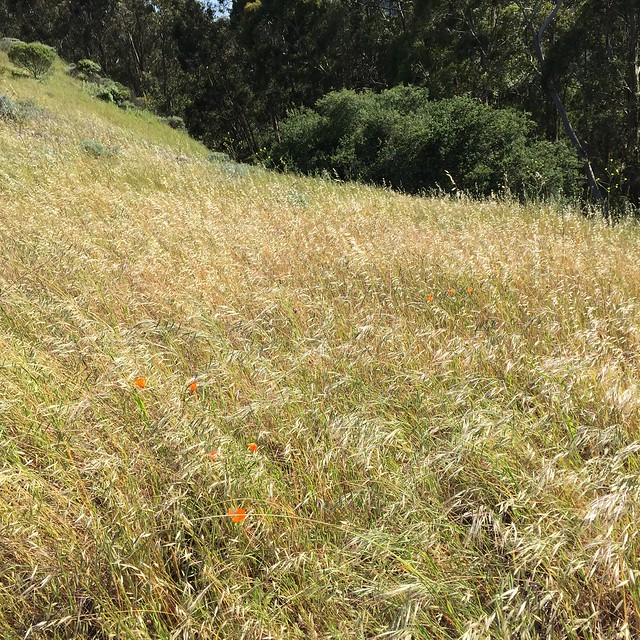 It was lovely out this weekend.

I took a long walk on Saturday and went birding on Sunday, so I was outside for most of the weekend which was wonderful.

Now my head hurts, though. Had to get up too early.

And I’m kind of tired.

And it’s time to start thinking about the summer — so that’s a good thing. I do like summer. 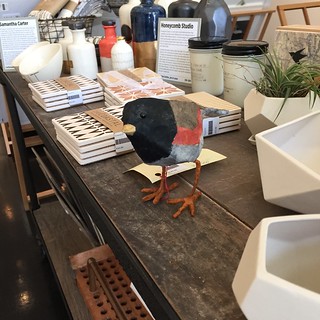 It is Friday, and my head hurts.

However, it’s getting kind of late, and maybe the best thing would be to just go home.

Well, perhaps I’ll just leave you with that.

It’s Thursday. I’m glad about that.

My friend B and I are taking a birding class together. It’s really fun, actually. At first I was worried that I had dragged said friend along, but it turns out that she went on the field trip last Sunday while I was out of town and had a good time, and last night at the lecture she was asking interested questions about blackbirds, so maybe my being out of town was a good thing, in that it caused her to make her own connections to the group.

We stopped for dinner after class last night. B. comes to class straight from work, and I come from my exercise class, so we’re both ravenous. We went to a local spot. I had some kind of a delicious cocktail. (I am completely in favor of these hipster delicious cocktails.) We split a kale salad and an asparagus pizza. A good friend of my daughter M works there, and she stopped by — it turns out she had made our salad.

We’d been talking about B’s daughter E, who K and I saw for dinner down in San Diego. I was telling B how grown up E seems all of a sudden, and there was M’s friend, too, looking very grown-up in her chef’s outfit.

This is the part of this business of becoming an old person that I do not mind at all. 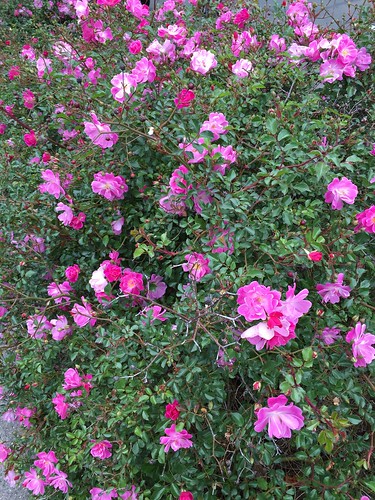 Now I have to go to a very boring meeting that really has nothing to do with me — Hmm. I am tired of this nonsense. 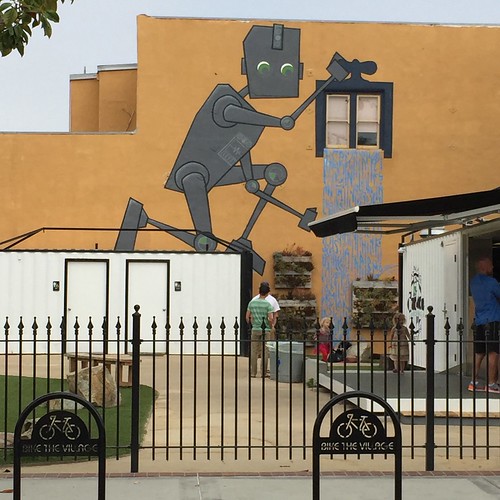 Surprisingly nice down there! 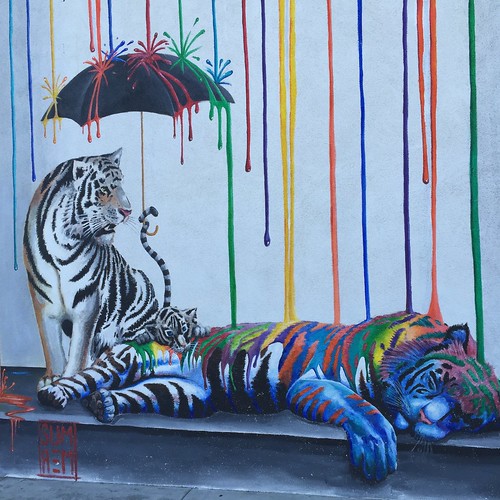 I think I might go back. It turns out they have summer there (in April, even). Also it’s possible there are people there who would be willing to go on microadventures with me.

Granted, it may no longer be a microadventure if you have to drive 7 hours to do it. But it may be the closest I can come.

Also, my brother is incredibly patient with my mother. When she asks a question that appears, on the fact of it, to be ridiculous, he just answers it calmly — even if it’s a question I would need to beat back with a flaming broom because it verges on prying. Interesting. It may be that he’s male and I’m female. It may be that he’s the baby, and less annoyed by prying.

In any case, it made me think. Both that maybe I should try to be more patient and less annoyed. Maybe. And also it may have some bearing on why my oldest daughter seems to be more prickly than the youngest. Interesting.

We saw the Oldest’s best friend from high school. She lives there. That was very fun, and now I miss that oldest prickly daughter more than ever. Photographic evidence on the tome de visages reveals that she’s been hiking in the Andes and seems very happy — so that’s good. 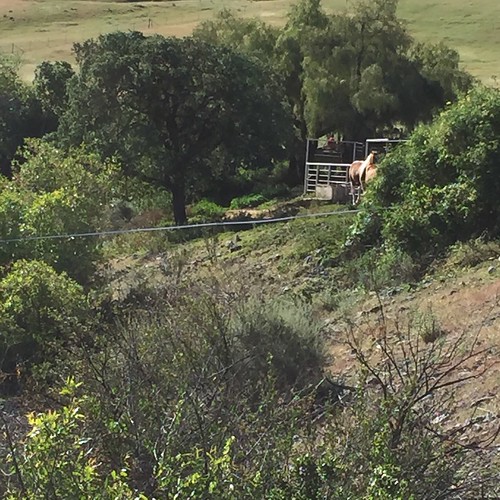 We’re flying south tomorrow night. My youngest brother has moved down there, so we’re going to go visit him. My mother will be there, too, and I think her idea may be that we will help him look for houses. While I think I would not want to look for houses assisted by family members, he might feel differently. We shall see. She is very anxious to have him settled.

I think he’s 47, so probably capable of handling this on his own, but he is the baby of the family.

I am thinking it might be nice to look for some birds, eat food and lie on the beach. 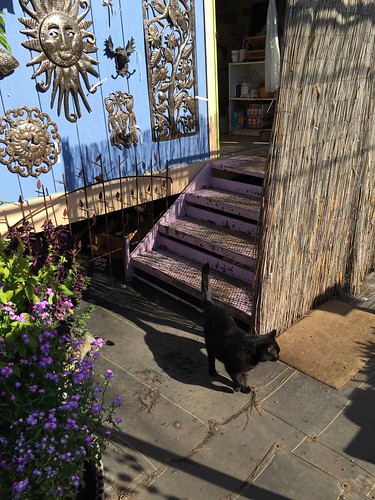 My friend A and i went to the lovely garden shop a few towns over.

What I most wanted to bring home, though, was these cats. 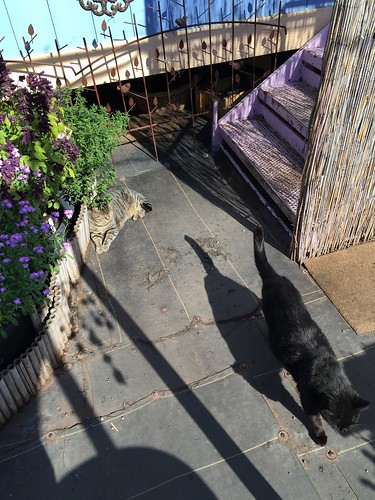 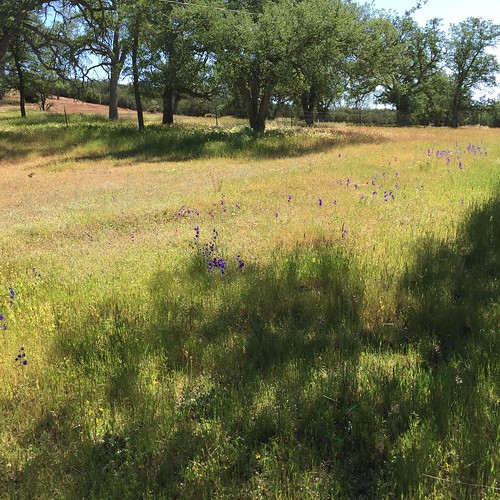 Now I’d like to go home and take a nap — it’s much too late for that, though.

My fitness cult had a healthy cooking class at lunchtime. I was paired up with a kind of slow woman from a previous session who I didn’t really know. We had to make tuna fish cakes and roasted green beans. The roasted green beans, which I took over, turned out well. Our fishcakes never really held together, but they were pretty tasty.* It’s a hard assignment, to cook a recipe you don’t know with a person you don’t know. Also, it is possible that sometimes I am not the most patient person in the world. Oddly, there is another woman in the program who isn’t in my Monday/Wednesday exercise class, but who I have seen here and there. She always asks dumb questions. But she was cooking next to me with some French guy, and I actually think we would have made better partners. She knew how to cut up an onion, at least, and how to read a recipe.

Just a few more reasons you might want to think twice before hanging out with me, eh? If you’re a useless cook, anyway.

But I do think we’re lucky. The Monday-Wednesday exercisers have become a pretty tight group, and I think we’ll stick together and find some other class to take Monday and Wednesday nights at the gym when the program ends. I like all of them a lot. It’s like one of those neighborhood teams in a Disney movie, right? We’re all unlikely characters, but we’re a little family, and some of us are strong and others of us can actually run or do planks on two points and our coaches have their own backstories and together we’re going to win some competition we have no business winning. It’s the kind of thing that writes itself!

*Thinking back on our tuna fish cakes; ours were certainly the ugliest, but they might have been the tastiest — by virtue of the fact that they weren’t very mashed together. Hmm. Something to ponder. 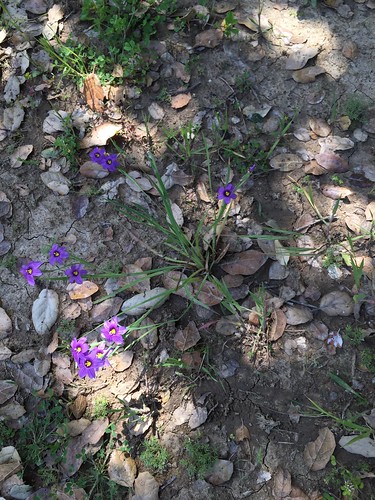 I am suffering from crabbiness, which I really have no right to. I had a perfectly nice weekend — a hike on Saturday followed by a trip to the nursery. I went to this amazing hidden place to go birding on Sunday, and then had dinner with friends Sunday night.

Maybe it was the extra glass or two of wine last night.

Maybe it’s the fact that you can’t do everything on the weekend — if you go hiking, you can’t garden, and the garden is in an awful state.

Anyway. I’ll leave you with a picture of a larkspur surrounded by owl’s clover.

The wildflowers were wonderful. Gosh, I wish I could go back and look at them again today. 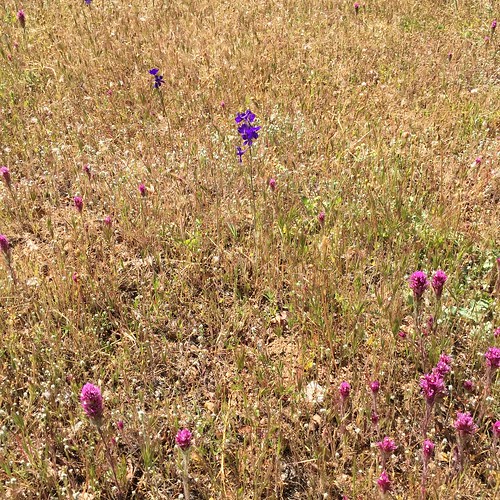